Newlines Institute is in the process of building a second division tentatively called Stabilization and Development. This new unit will complement existing work under the Human Security unit. While Human Security deals with short- to medium-term issues, largely centered around insecurity in countries and regions of the world that the Institute focuses on, Stabilization and Development will concentrate on medium- to long-term challenges in these geographies. The forthcoming unit’s work will entail providing policy options for the United States to help stabilize countries that have seen a significant decline in violence and unrest and from there steer them toward development paths.

Removed from the burden of having to deal with day-to-day issues, Stabilization and Development will build upon the work of Human Security by tackling issues that will emerge over longer time horizons.

The addition of this new unit will thus allow Newlines Institute to focus on the full cycle of our organization’s work, from the conditions of conflict to stabilization and onward to development. We recognize, however, that development is not necessarily linear and is often characterized by a complex interplay between various socioeconomic, political, and institutional factors, with local, regional and international dimensions. The new unit will take these complexities into account as it carefully attempts to chart pathways toward long-term growth and prosperity in its target countries.

While each case study will be different, Stabilization and Development will essentially produce long-range forecasts and policy recommendations for U.S. government agencies and departments. In this way, the upcoming unit endeavors to help policymakers navigate the foreign policy issues of today in order to chart the path toward post-conflict stages of evolution. At the same time, it will help preempt future geopolitical crises rather than constantly reacting to current ones. 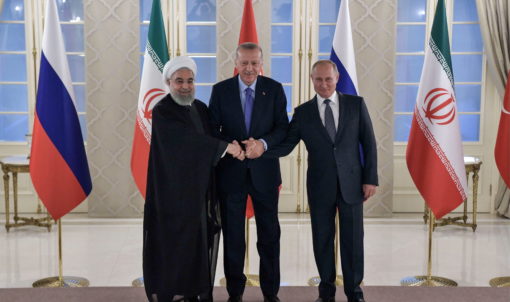 Difficult Dialogue Expected Between the U.S. and Iraq Is Putin Planning a New Push into Ukraine?