A Special Initiative of New Lines Institute, the Gender Policy Portfolio (GPP) seeks to enhance the role of gendered analyses in the foreign and domestic policy spaces. Toward this end, GPP engages with gender specialists to develop fresh perspectives on issues ranging from national security to health care to democratic resilience.

The portfolio produces targeted forecasts and recommendations, with the aim of increasing the role of people of all genders in our nation’s policymaking process. GPP was created and is led by Director Emily Prey, with support from Senior Non Resident Fellow Kinsey Spears.

Why does gender matter? The term ‘gender’ refers to culturally expected behaviors of men, women, and individuals from diverse sexual orientation, gender identity, gender expression and sex characteristics (SOGIESC) based on roles, attitudes and values ascribed to them on the basis of their sex. ‘Sex’ is a label that one is assigned at birth based on medical factors (biological and physical) including one’s hormones, chromosomes, and genitals. Gender can be further understood as the performed identity of individuals through their societal roles, relations, expectations, and performance.

Gender is also a tool to understand structural power relations with deep symbolic significance and institutionalized forms of categorizing individuals. Gender is learned, culturally significant, and can change over time; for instance, the assumption that men should be the primary breadwinner or that women are primarily homemakers and caretakers is cultural and changes over time. A gender analysis uses this theory to understand the relationships among men, women, boys, girls, and people of diverse SOGIESC and how their access to resources, their activities, and the constraints they face are predicated on their gender.

When a gender analysis is paired with an intersectional analysis, it provides for a richer and more nuanced understanding of issues relating to foreign policy and national security. By applying a gender and intersectional lens to issues of foreign policy one can better understand how U.S. allies and competitors use gender to their strategic advantage (see Why U.S.-China Relations Need a Gender Analysis) or how sexual abuse against boys shaped U.S. foreign policy (See What About the Boys: A Gendered Analysis of the U.S. Withdrawal and Bacha Bazi in Afghanistan).

It is so important to have a gender and intersectional lens when thinking about global policy and geopolitics because gender equality is linked to national security, higher GDP rates, increased productivity, and lower rates of conflict. New Lines’ Gender Policy Portfolio believes that U.S. foreign and domestic objectives would be strengthened with consistent gender and intersectional analyses woven throughout America’s policies. As such, GPP provides policymakers with the tools to make this vision a reality. With No Help from Kabul, Pakistan Faces the TTP Threat 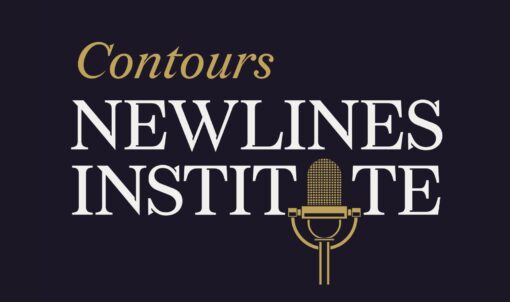 The U.S. Drawdown Effort in Iraq

Are Russia and Belarus Planning a New Offensive? How the U.S. Can Help Tunisia With its Migrant Crisis Harmful Masculinities and the Threat to Force Readiness in the U.S. Military